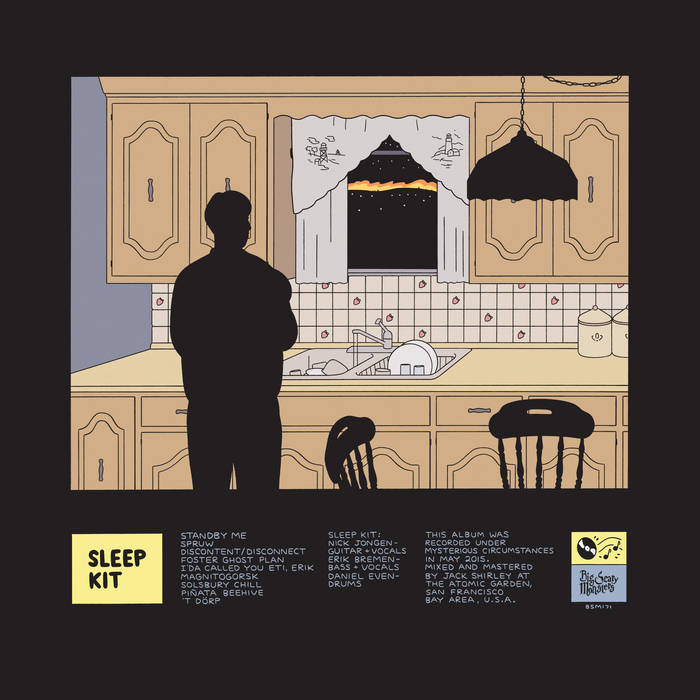 This album was recorded under mysterious circumstances in May 2015. Mixed and mastered by Jack Shirley at The Atomic Garden, San Francisco Bay Area, USA. Released by Big Scary Monsters Recording Company.

Sleep Kit on this record:

Coloured and black vinyl for €15: sleepkitband@gmail.com

Stay together for the Kits.
sleepkitband@gmail.com

Bandcamp Daily  your guide to the world of Bandcamp

MF DOOM is given his flowers, plus appearances from MC Jada Imani and Stanley Ipkuss